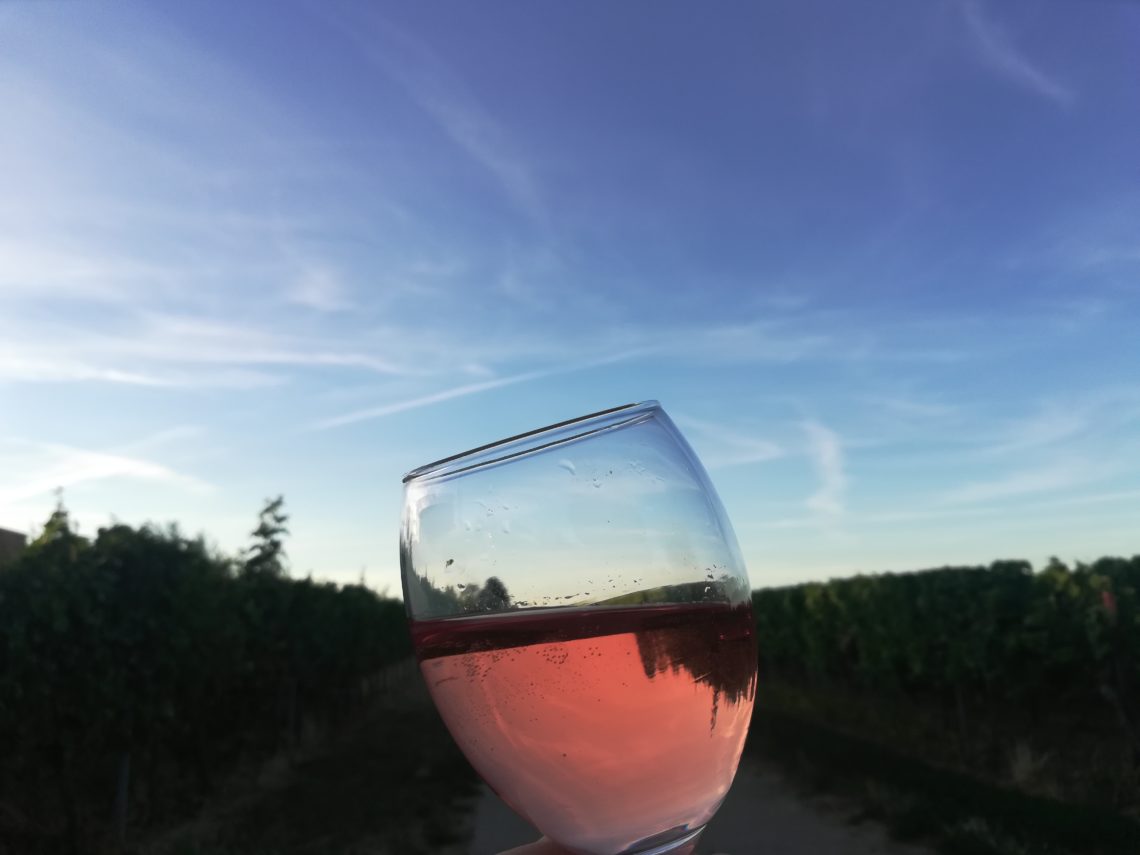 Hello and welcome back to a new article!

About two weeks ago I started my second holiday with the camper. Due to the worldwide Corona pandemic it was clear from the beginning that I would not go abroad. At that time there was no real plan, where it should go to, yet. It was only clear that we would go to the Pfalz and then to the Mosel. But that’s exactly the beauty of a holiday with a camper van – you go somewhere and stay where you like it.

About an hour after departure, I got a call from a very good friend who currently lives in Bochum. At short notice we decided to stop at his place and spend the night in Bochum. We went out for dinner together and enjoyed the evening, because there was so much to tell. The next morning the journey continued early to the Pfalz. During the trip I had already found a camper site near Neustadt an der Weinstraße, which we also drove to. However, there was no more space for us there, which is why we were informed by the owners that their daughter also has parking spaces a few kilometers further on. Thus we landed in Roschbach. A manageable place that is located at the southern wine road and has many vineyards. With the camper we stood in the garden of the owners of the vineyard. One year before, they had built a new storage hall where the shower and toilet had been installed. Everything was up to date, clean and very nice – sanitary facilities as you only know it from home. 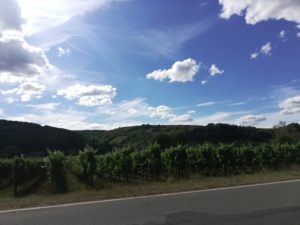 Actually we had planned to stay there for two nights, but decided to stay one night longer because we liked it so much. From our 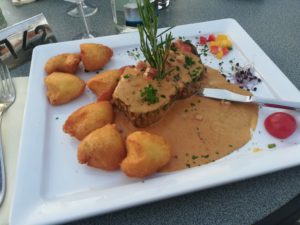 parking lot we explored the area with the racing bikes. In the Pfalz there are many agricultural roads through the vineyards, which are very good to ride on by bike. During this week I rode my racing bike for the first time and I have to say: u 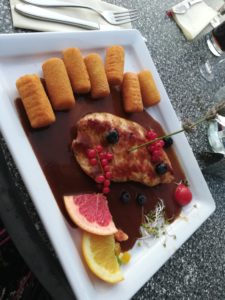 phill at 35°C it is really exhausting. The beautiful view, however, which we had during the tours, made up for all the effort. In between we always stopped at wineries that appealed to us (there were quite a few of them) and tasted the wines and grape juices here and there.  That’s how we also got to know the original Pfälzer “Weinschobbe” (wine schorle): 90% wine and 10% water. If we liked it especially well, we also took some bottles with us, so that the bicycle garage in the camper at the end of the holiday was 70% wine. In the evening we enjoyed ourselves in restaurants with delicious home cooking.

After three days we drove on to Hambach- a district of Neustadt a. d. W. and found a parking space directly under the castle of Hambach. The castle should be known to many people in relation to the Hambach festival. The participants of the 1832 festival demanded national unity, freedom and sovereignty for the people. Furthermore, the festival is connected with the

other revolutions and uprisings of the time (e.g. the July Revolution in France). The black-red-golden flag was also waved here for the first time.

From our campsite we set off on foot on the way up to the castle. At about 40°C it took us almost an hour to reach the top, but the view was magnificent and outweighed our efforts. The castle from the outside is also beautiful and well preserved. But the exhibition in the castle itself was not very recommendable. Mostly only empty rooms except for one on the fourth floor, which deals with the history of the castle and revolutions in Europe in general.

After six days in the Pfalz, the journey continued for us to the Mosel. But more about that in the next article. Finally I would like to share the following pictures with you. 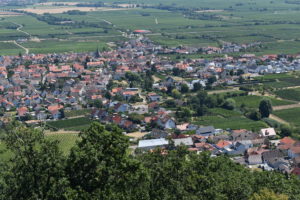 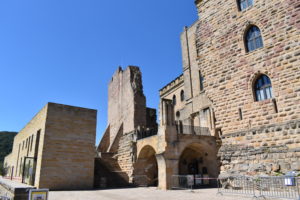 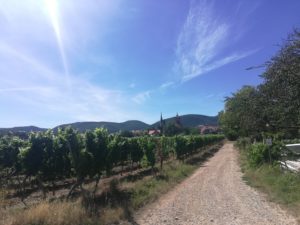 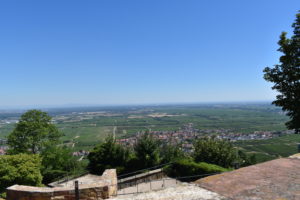 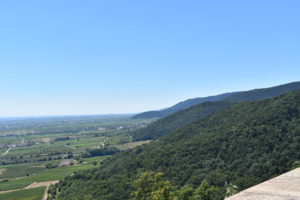 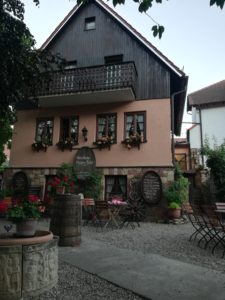 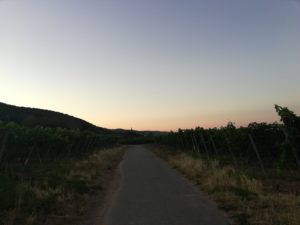 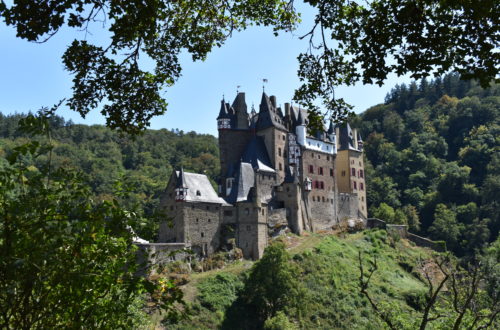 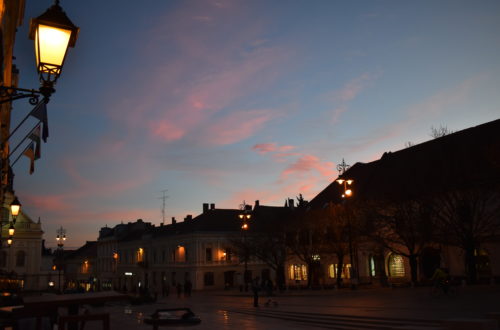